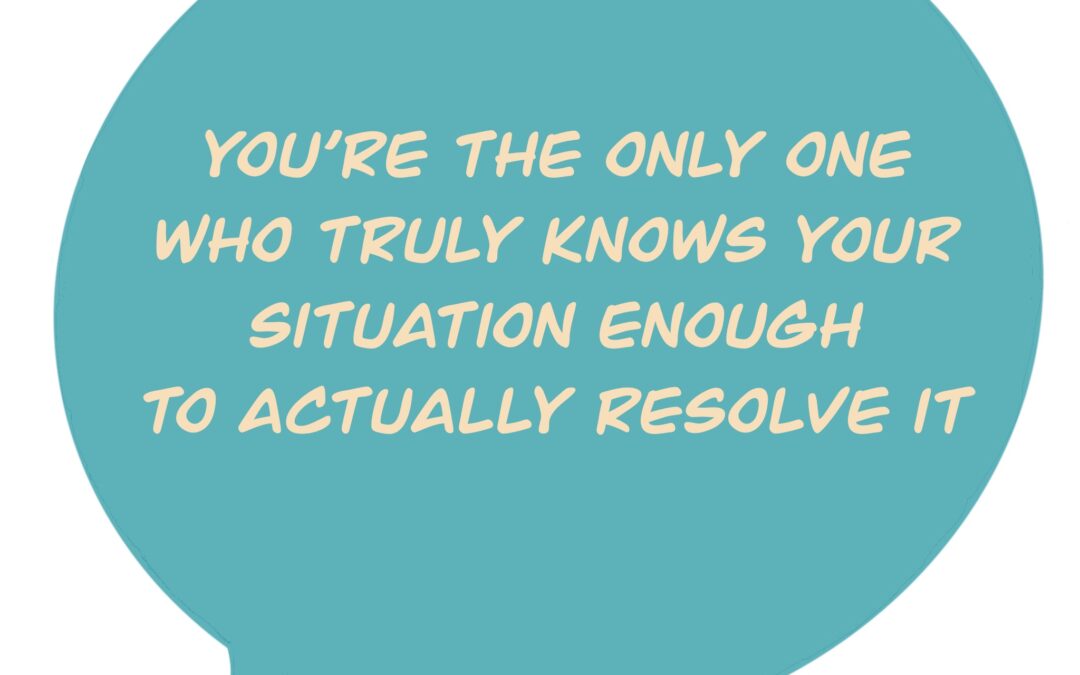 A while back I had a conundrum, one that just about literally drove me insane.

I couldn’t hold it in, I kept repeating my problem over and over to people close to me. The thing was, the more I explained it to people, the more they could not understand why I could not just get over it—just make a deicsion and move on with it!

The thing was, I knew it was illogical. I knew that the amount of time I spent rumminating on the problem did not make sense. The healthy thing to do was to make a decision and to stick with it, problem solved yeah? But alas, I did not have the middle child syndrome for nothing— I was as indecisive as a group of politicians deciding on a budget!

Since I cannot make a decision, I kept flipping future scenarios over and over in my head. And since I kept flipping scenarios, my head hurt, a lot. My head kept spinning, and I cannot think of anything else or do anything productive.

My only way of escape is to sleep on it. Whenever I sleep I can just forget I have any such problems— Until I wake up.

Another day has gone by, but still the problem remains ever-present. Alas, you soon realize you cannot solve a problem by sleeping over it. How I wish time could stop, but days and weeks go by, and you find out that you don’t have any other choice but to face the problem head on to finally break free from it.

Make a decision. Own your choice, own the consequence, and move on.

No matter how much other people want to help you, you’re the only one who can truly save yourself.