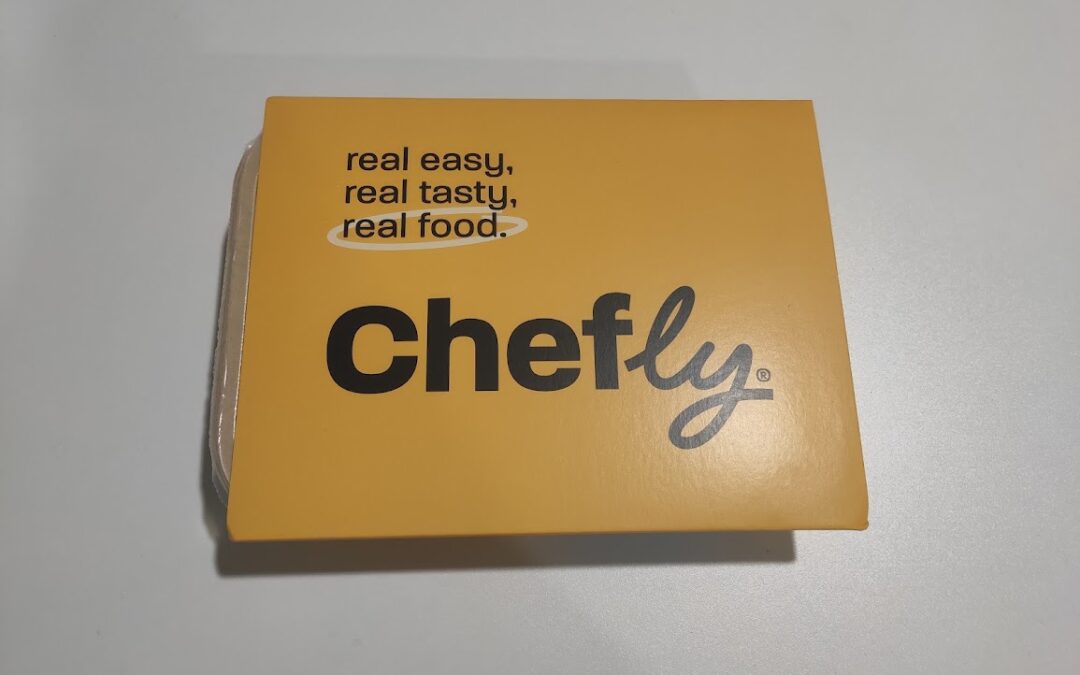 The buying groceries, the actual cooking, the washing up… it all seems like a lot of preparation just to eat one time and then do it over and over again the next day and the day after that…

As I’ve said a lot of times, “I don’t cook, I heat food to survive”. That being said, I don’t buy ready-made food from the supermarket. I’m still a healthy eater, so I buy whole foods (meat or veggies), and then steam them up in my handy dandy steamer. It’s a good thing I’m not such a picky eater, and salt and pepper usually does the trick for me (with the occasional dash of soy sauce, mayonnaise, or ketchup).

Although there days, I must say, I’ve gotten EXTRA lazy. I just can’t be bothered to prepare food. This has resulted to some unhealthy fast food eating habits. It’s just easy, you know?

That’s when I saw an ad for Chefly (I know, it’s freaky). Ready made meals, and all you need is pop it in the microwave. It’s not like Hello Fresh where you need to chop up the vegetables and clean up after yourself, where in my incompetence a 40 minute dish turns into an hour!

Normally Chefly costs £45 for a box of 6, but with the Chefly discount code it became £35. So that’s around £5.83 per meal. It’s not exactly the cheapest option, but considering that it’s supposed to be healthy— with no preservatives, low carb, and they even use olive oil, I checked!— I thought it might be worth a shot.

So the box arrived yesterday afternoon at around 4PM. I brought it up and placed it straight in my fridge. The food was compact and it’s easy to store on top of each other.

These were the meals I ordered that I picked out from the Chefly menu:

The first thing you’ll notice is that it’s not like the pretty meals advertised on their plates, and it’s not as big— It’s a relatively small package. You’ll also notice a thin film strip on top of the meal, it’s vacuum sealed, which is good. What it looks like is a better looking version of microwaved food, which it is.

Here comes the important part— the taste test. To be honest, it was a little bland. I think it was because it is healthy and there is not much seasoning in it, but it was alright. Don’t expect it to be as fresh as a meal you cooked over your stove top, it’s still microwaved after all.

With that said, it is convenient as heck! All I needed was to pull out a spoon and viola, dinner is served! And that solves dinner problems for a Mindfully Lazy eater such as myself.

If you want to try it out, you can use this Chefly first order discount code for £10 off your first order.